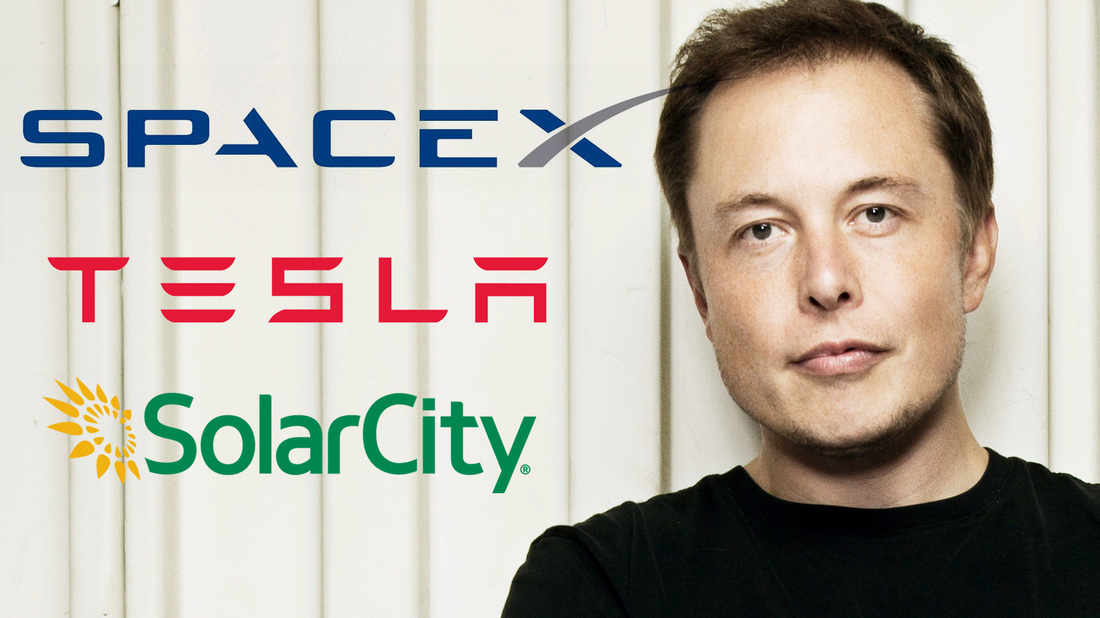 “I'm very pro-environment, but let's figure out how to do it better and not jump through a dozen hoops to achieve what is obvious in the first place.”
- Elon Musk

Born in South Africa in 1971, Elon Musk became a multimillionaire in his late 20s when he sold his start-up company, Zip2, to a division of Compaq Computers. He achieved more success by founding X.com in 1999, SpaceX in 2002 and Tesla Motors in 2003. Musk made headlines in May 2012 when SpaceX launched a rocket that would send the first commercial vehicle to the International Space Station.

Born and raised in South Africa, Elon Musk purchased his first computer at age 10. He taught himself how to program, and when he was 12 he made his first software sale—of a game he created called Blastar. At age 17, in 1989, he moved to Canada to attend Queen’s University, but he left in 1992 to study business and physics at the University of Pennsylvania. He graduated with an undergraduate degree in economics and stayed for a second bachelor’s degree in physics.

After leaving Penn, Elon Musk headed to Stanford University in California to pursue a Ph.D in energy physics. However, his move was timed perfectly with the Internet boom, and he dropped out of Stanford after just two days to become a part of it, launching his first company, Zip2 Corporation.

An online city guide, Zip2 was soon providing content for the new Web sites of both the New York Times and the Chicago Tribune, and in 1999, a division of Compaq Computer Corporation bought Zip2 for $307 million in cash and $34 million in stock options.

Also in 1999, Musk co-founded X.com, an online financial services/payments company. An X.com acquisition the following year led to the creation of PayPal as it is known today, and in October 2002, PayPal was acquired by eBay for $1.5 billion in stock. Before the sale, Musk owned 11 percent of PayPal stock.

"If I’m trying to solve a problem, and I think I’ve got some elements of it kind of close to being figured out, I’ll pace for hours trying to think it through."
Never one to rest on his laurels, Musk founded his third company, Space Exploration Technologies Corporation, or SpaceX, in 2002 with the intention of building spacecraft for commercial space travel. By 2008, SpaceX was well established, and NASA awarded the company the contract to handle cargo transport for the International Space Station—with plans for astronaut transport in the future—in a move to replace NASA’s own space shuttle missions.

Another Musk venture is Tesla Motors, a company dedicated to producing affordable, mass-market electric cars. Five years after its formation, the company in 2008 unveiled the Roadster, a sports car capable of accelerating from 0 to 60 mph in 3.7 seconds, as well traveling nearly 250 miles between charges of its lithum ion battery. With a stake in the company taken by Daimler and a strategic partnership with Toyota, Tesla Motors launched its initial public offering in June 2010, raising $226 million.

Additional successes include the Model S, the company's first electric sedan. Capable of covering 265 miles between charges, the Model S was honored as the 2013 Car of the Year by Motor Trend magazine.

On May 22, 2012, Musk and SpaceX made history when the company launched its Falcon 9 rocket into space with an unmanned capsule. The vehicle was sent to the International Space Station with 1,000 pounds of supplies for the astronauts stationed there, marking the first time a private company had sent a spacecraft to the International Space Station. Of the launch, Musk was quoted as saying, "I feel very lucky. ... For us, it's like winning the Super Bowl."

In December 2013, SpaceX notched another milestone when Falcon 9 carried a satellite to geosynchronous transfer orbit, a distance at which the satellite would lock into an orbital path that matched the Earth's rotation. In February 2015, SpaceX launched another Falcon 9 fitted with the Deep Space Climate Observatory (DSCOVR) satellite, aiming to observe the extreme emissions from the sun that affect power grids and communications systems on Earth.

Musk has continued his work in attempting to make his innovative ideas a reality. In August 2013, he released a concept for a new form of transportation called the "Hyperloop," an invention that would foster commuting between major cities while severely cutting travel time. Ideally resistant to weather and powered by renewable energy, the Hyperloop would propel riders in pods through a network of low-pressure tubes at speeds reaching more than 700 mph. Musk noted that the Hyperloop could take from seven to 10 years to be built and ready for use.

Although he introduced the Hyperloop with claims that it would be safer than a plane or train, with an estimated cost of $6 billion—approximately one-tenth of the cost for the rail system planned by the state of California—Musk's concept has drawn skepticism. Nevertheless, the entrepreneur has sought to encourage the development of this idea. In June 2015, he announced a competition for teams to submit their designs for a Hyperloop pod prototype, with participants getting the chance to test their creations on a track at the SpaceX facility in June 2016.